Despite high hopes and expectations, most home based business entrepreneurs never reach the kind of success originally dreamed of when starting in a home business. There are a lot of reasons; lack of training or support, weak vision of success, no belief in themselves or their abilities, and a number of others. Many “trainers” focus on one issue, such as recruiting, but never really touch on other important components of success.

Smarter Networker is proud to be the most comprehensive resource for training material available today. This content has been created and delivered by industry legend, Dani Johnson. Her proven success system, unique approach and her passionate desire for the success of others sets Smarter Networker apart from the pack.

SmarterNetworker.com is a home business training and development site that is dedicated to giving you and your team the step by step instruction and training you need to successfully compete in your business. Our free “30-Day Bootcamp” has transformed the businesses of thousands all over the world, helping our clients and students move from amateur to top performing professional. Our dedicated team of experts are committed to helping you increasing your income, get out of debt and start truly living the life you’ve always dreamed of.

Smarter Networker aims to be the industry leader for home business success tools and client-centered results. Our success is based on yours. 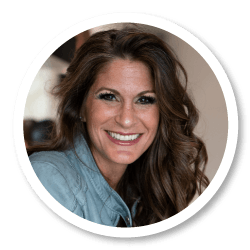 Everyone has a unique life story to share — but initially, Dani Johnson’s looked to be made up of hardships and challenge. Dani grew up on welfare in a violently abusive and drug-infested home. She was emotionally, physically, verbally and sexually abused on a regular basis. The personal trauma and violent conditions that Dani identified as home were all she knew. Consequently, she was pregnant at 17 and homeless at 21. Instead of accepting what life had so far scripted for her, Dani rewrote her own playbook, chapter by chapter — and by 23 she was a millionaire. In the years since, Dani Johnson has become a multi-millionaire many times over, owns five companies with her business partner and husband Hans, is a best-selling author, internationally sought-after speaker and radio show host.

The remarkable results and testimonials from clients that have poured in over the years, with hundreds of thousands of referrals, helped her garner the attention of national media: Dani has been a guest on The Oprah Winfrey Show, The View, Fox & Friends, Good Morning America, and was recently the season premiere star of ABC’s Secret Millionaire. She is regularly called upon by major media for her expertise in the realms of personal wealth and finance, and has recently been featured in USA Today, Forbes, TheStreet.com, AOL Finance, Fox Business News and Variety, to name only a few. 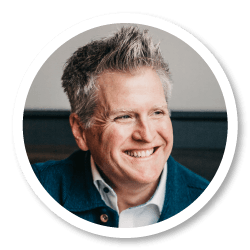 Nearly 20 years ago, after struggling for five years in a traditional business and going deeply in debt, Brian was approached about a home based business opportunity by “the most beautiful woman I had ever seen”. This very small decision was the turning point that forever altered his career path and personal life. Connecting with a group of excited, like-minded, people who were experiencing the kind of success Brian was looking for opened his mind to the potential of home based business.

It was at this point that Brian met Dani Johnson and his business launched into immense success. Using the method’s taught by Dani and continuing to plug into all of the First Steps to Success and Dynasty events that he could, his business grew to do a consistent $250,000 in sales per month. Oh, and he also married “the most beautiful woman” and they have two amazing kids today.

After nearly 10 years of remarkable results in the field and truly living a life never dreamed possible, Brian was asked to take on a role at the corporate level. For much of his 11year run on the corporate side of the industry Brian helped develop culturally-targeted marketing systems and sales training for many international markets. Brian is passionate about helping people from all over the world take the next step in their business and seeing people succeed.

Today, Brian is excited to be a part of the Smarter Networker program and believes this is exactly what the industry need right now. “The industry needs to grow and people need to become professionals at what they do.” Brian is committed to helping everyone in the home based industry take the next step in their businesses and to creating professionals who can take our industry to the next level.